A Bargain Struck by Liz Harris 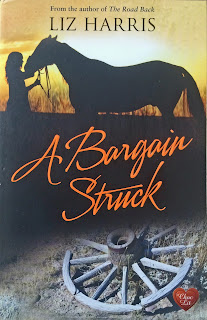 A year after Connor has been widowed he decides he needs a new wife to help with the work on the farm, look after his 8 year old daughter and bear him sons, so he places an advert in a newspaper.  From the many applicants he chooses Ellen, without having met her, as the list of attributes she mentions in her letter seem to make her the best candidate.  However Ellen has omitted to mention something, and that lie of omission may be too great to allow her the happiness she longs for.   And anyway is Connor the man to offer her happiness?  After they are married he says "I don't ever think about her.  She's got her work to do, I've got mine, and that's the way it is."  However Ellen is desperate, a widow herself, she has little (or no) choice but to marry a man she has never met, and put herself at his mercy.  She is grateful for a roof over her head and food to eat, and tries to put up with the resentful daughter and the flirtatious attentions the beautiful Miss Quinn pays her husband.    Then an unexpected visitor arrives.   Does "A Bargain Struck" always need to be kept?

This is a great book, that has you enthralled from page 1 right through to the end.  It has mysteries, suspense, twists, historical details  and a great pace that just keeps you reading a little bit longer than you meant to.  The family live on a homestead near Laramie in Wyoming, and it is fascinating to read about the different roles the men and women take in order to survive in this harsh environment.   The most helpful neighbour lives 30 minutes away by horse and cart (in good weather), and  when a horse is heard approaching the farm the women rush in and lock the doors, and the men rush out with their guns.  Liz Harris' writing is so good that the reader can easily imagine the various scenes and the characters are so well drawn, you feel that you are almost there with them, sympathising with the viewpoints of Connor, Ellen and Connor's daughter Bridget.   Indeed at one point, I was so involved in the story that I gasped out loud at an incident.

Having spent a little time in this area, I love the way this book brought back memories of the small  towns and many homesteads I saw, and gave me an insight of how life was in the 1800's.

This is the first book I have read by Choc Lit publishers, who describe themselves as publishing "quality stories with a romance at the heart."  That is exactly  what this book is, and I shall certainly be looking for more books by Liz Harris and by these independent publishers.

Posted by EmmabBooks at 10:38 No comments: 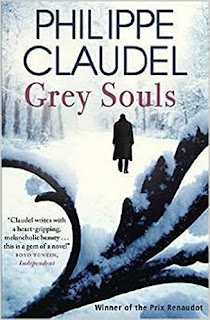 Posted by EmmabBooks at 13:09 No comments: