Point of Control by LJ Sellers

(I received the Kindle version of this book, free of charge, from Netgalley in return for an honest independent review.). 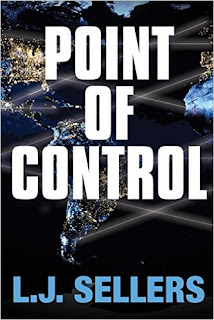 Excitement and Interest in a Thriller
My rating:  4 out of 5

As scientists go missing, Special Agent Andra Bailey (a sociopath) struggles to find out where they are and who is behind it all.  All the action (and there's plenty of it) takes place between 13th and 25 March, and includes threats from North Korea as Bailey puts her job on the line to save the scientists.

Bailey is a great character, and as she rushes between Washington DC and California I got fully involved in the story.  Lots of twists, lots of interesting parts - about being a sociopath, mobile phones etc., and lots of excitement.

Posted by EmmabBooks at 13:57 No comments:

Better with Age: The Ultimate Guide to Brain Training by Phyllis Strupp 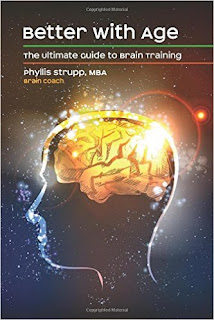 This is a fascinating, easy to read, book for the ordinary person who wants to know how the brain works, and would like some ideas about how to get it working even better.  It has lots of clear explanations - like why we feel stress after the cause has gone, and lots of diagrams and pictures to complement the text.

At the end of each of the 7 chapters there are questions to ponder on, and at the end of the book there is a list of further resources that relate to each chapter.

There are many interesting facts/statements such as "95% of Alheimers' cases are not linked to the genes you are born with"  and there are many case histories given, including some which have been in the public eye.

The main message (I got) is "Use it or Lose it", or work hard to regain/learn it.  Therefore it is important to continuously train your brain.  The book suggests you need work each part of your brain, and provides a few worksheets to help you understand which parts you are currently using effectively, and then offers a lot of ideas on how to get the other parts working better.  There are also examples of neuroplasticity where people who have lost the use of parts of their brains, have been able to retrain other parts of their brain to take over these lost functions.

The book is clearly set out, so it is easy to refer back to particular sections of interest - helped by an extensive Index at the back.  There is also a useful glossary of terms - though I (with no medical background) had no need of the glossary whilst reading the book.

A fascinating book, that I shall certainly be referring back to again and again.  I'm not sure how well it would work on an e-reader, give that there are various worksheets - which once completed need cross-referencing with activity sheets.  Colour is also important for the diagrams.

Posted by EmmabBooks at 08:40 No comments: 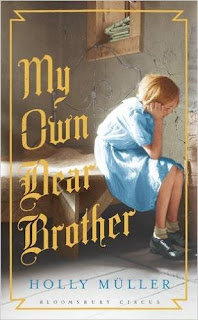 Posted by EmmabBooks at 09:39 No comments:

Jammer Davis is called to investigate the crash of a small plane in the Columbian jungle.  He travels down to Bogotá, and quickly discovers that the crash was un-survivable - except two passengers are missing, one of whom is his daughter.

From a relatively slow start, as Larsen gives quite a bit of (interesting) detail about small planes and plane crashes, the plot speeds up with many twists and turns as it flies towards an exciting climax.


This is a thriller with substance, more than just an exciting story, and I (who have absolutely no interest in planes) really enjoyed it.  As I write this I am already looking for my next Ward Larsen/Jammer Davis book!

Posted by EmmabBooks at 19:03 No comments: 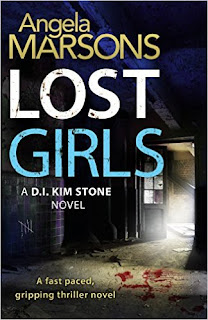 Two 9 year old girls are kidnapped in similar circumstances to a kidnapping the previous year.  That time only 1 girl came back.

Based in the West Midlands and narrated mostly from the perspective of the police, the parents and the captors, this is a fast moving thriller, with short chapters and lots of suspense and twists.


BUT the characters are portrayed so well, that some violent scenes I found deeply disturbing, and at times nearly made me give up reading.  My final rating of a "4" therefore says a lot about the quality of the story and the writing.  Only read if you are made of stronger stuff than me though!

Posted by EmmabBooks at 17:51 No comments: